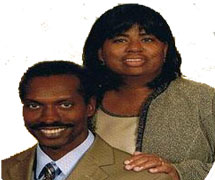 God has called Troy N. Thomas to preach the full Gospel, especially to denominational churches. He believes that God does not want any of his sheep to be destroyed for a lack of knowledge. God has gifted him with the special ability to preach the Bible in such a practical way that people are able to use the Word in their everyday lives to lift themselves above their circumstances. He was born in Louisiana, Pastor Thomas attended Bonner-Campbell Bible College. With the help of God through his degree, Pastor Thomas uses ingenuity to analyze and compile his messages from God's word. Pastor Thomas travels from city to city proclaiming the message, "God is more concerned about his Word being preached and demonstrated with signs following than he is with church titles." Pastor Troy Thomas Credentials